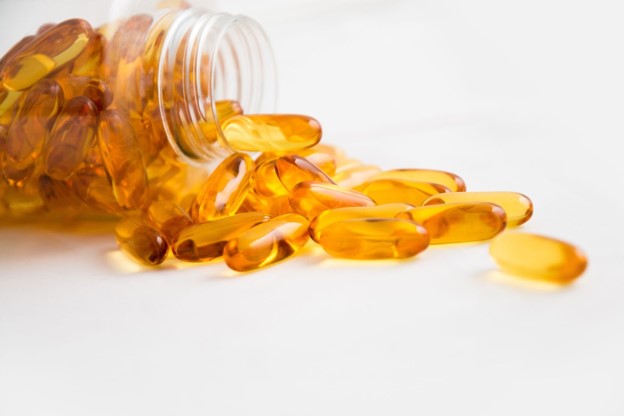 Well, it depends on who you ask and what kind of fish oil.

In general, studies of over-the-counter omega-3 fatty acid supplements – those fish-oil tablets you can buy in the supermarket – have shown mixed results. The upshot of recommendations from doctors is that eating fish is clearly beneficial, while fish-oil tablets may be a reasonable alternative.

You might have seen the commercial for Vascepa, the Food and Drug Administration (FDA)-approved prescription-strength icosapent ethyl tablet, touting the drug’s ability to lower the risk of heart attack and stroke when compared to placebo in patients taking statins.

Those results come from the REDUCE-IT randomized trial. When it was released in 2018, the trial’s overwhelmingly positive, slam-dunk results were celebrated.

But then along came the STRENGTH trial, which was released in November 2020. It showed no benefit for a different prescription-strength fish-oil tablet, Epanova, compared to placebo in patients taking statins.

What was the difference?

It may come down to the placebo – something that is often overlooked by news reports of clinical trials of medications. Placebos are often used in the control group in a randomized trial to compare their results with trial subjects receiving an experimental treatment. The placebo is generally supposed to have no effect on those receiving it so as to provide a true comparison, but a phenomenon known as the “placebo effect” can cause improvements simply because subjects believe they are being treated.

Mineral oil was shown in the REDUCE-IT trial to adversely affect lipids and low-density lipoprotein (LDL) cholesterol (popularly known as “bad” cholesterol). Corn oil, on the other hand, is considered a “neutral comparator,” showing minimal, if any, effects on cardiovascular risk biomarkers, the authors wrote in a paper reporting the STRENGTH trial results.

However, an editorial accompanying the main STRENGTH trial paper in JAMA pointed out that an FDA review of the REDUCE-IT results “concluded that only a small fraction of the difference in outcomes between icosapent ethyl and mineral oil could be explained by a harmful effect of mineral oil.”

In May 2021, the STRENGTH trial investigators released a secondary analysis reporting the results of the levels of two omega-3 fatty acids, eicosapentaenoic acid (EPA) and docosahexaenoic acid (DHA) in study patients 12 months after they were randomized. Vascepa is a purified EPA tablet, while Epanova is a mixture of EPA and DHA. This analysis also found that higher levels of EPA or DHA in study patients 1 year after they began treatment with Epanova was not associated with either benefit or harm.

So how do we answer our question? Let’s consider one more factor that has not been discussed widely but should not be overlooked. Prescription-strength fish oil is not necessarily without harm.

The STRENGTH and REDUCE-IT trials both showed a significantly higher risk of atrial fibrillation with the omega-3 fatty acids in their studies than with either the corn-oil or mineral-oil placebo, according to an editorial in JAMA in March 2021. This was also true of another study, known as VITAL Rhythm, which explicitly examined the risk of atrial fibrillation with omega-3 fatty acids and found an increased – albeit not significant – risk of this most common heart arrhythmia in patients who took a standard dose of EPA and DHA as compared to a soybean-oil placebo.

The JAMA editorial perhaps best sums up the situation. The data from these studies “suggest, but do not prove, that there may be a dose-related risk of [atrial fibrillation] with omega-3 fatty acid intake.”

“Patients who choose to take omega-3 fatty acids, especially in high doses, should be informed of the risk of [atrial fibrillation] and followed up for the possible development of this common and potentially hazardous arrhythmia,” the editorial concludes.

However, it should be noted that each of these studies involved individuals with higher risk than the general population. STRENGTH and REDUCE-IT enrolled subjects with established cardiovascular disease; VITAL Rhythm subjects did not have cardiovascular disease, but a majority (>60%) were at a higher risk of suffering a stroke. Therefore, the results of these trials may not apply to the general population.

It should also be noted that these trial results are focused on preventing cardiovascular events. While that is important, people take fish oil for many other reasons.

So how do we answer that question on whether to take or not to take fish oil? While a definitive answer is still elusive, the evidence so far suggests that consuming fish is the best way to incorporate omega-3 fatty acids into your diet. A reasonable backup plan is to take over-the-counter fish-oil supplements – in consultation with your doctor, of course.

Finally, it is key to have a thorough discussion with your doctor about the risks and benefits of taking prescription-strength omega-3 fatty-acid tablets. And monitoring your heart rhythm – especially if you have other risk factors for developing arrhythmia – appears to be warranted while taking any of these prescription fish-oil medications.

One thought on “The great fish-oil debate continues”