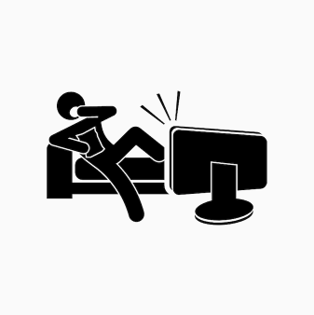 “I’m really craving fast food right now,” is something you might’ve said after a late-night TV marathon. Perhaps the commercial you just saw with a jokey reference to a popular meme left you with a positive opinion of a fast food product, and you shrugged off what you know about the unhealthy effects of eating ultra-processed food. Interestingly, your familiarity with this situation might depend on the community you live in and your background.

It’s well-known that TV advertisements for non-nutritious foods can be damaging to public health, but many aren’t aware of the length that processed food advertisers take in targeting young racial/ethnic minority groups. Targeted marketing involves the recognition of a specific population of people as likely consumers of a product, and it poses a significant business opportunity for corporations. It’s a basic pillar of advertising, but one that requires scrutiny in larger conversations on the public health of vulnerable populations.

Large food corporations recognize minority communities that have high access to fast food as people that are likely consumers of unhealthy foods. Furthermore, advertisers set their aim at young people in these groups since children and teens are particularly impressionable to products seen on TV. Low-nutrition food products including fast-food, candy, sugary drinks, and snacks all contribute significantly to unhealthy diets and diet-related diseases such as obesity. The unfair singling-out of young Black and Hispanic people for unhealthy food advertising is problematic because it promotes non-nutritious eating habits and creates a disparity in opportunities to be as healthy as possible.

A recent study from University of Connecticut’s Rudd Center for Food Policy and Obesity reports high exposure of young people to food advertising, especially those in Black and Hispanic communities. On average, children and teens were exposed to approximately 10 food-related TV ads per day. When looking at figures for just Black children and teens, the numbers increase to about 17. Even after controlling for TV viewing times, the differences in ads viewed by Black compared to White teens increased for all companies with large advertising budgets (over $100 million) from 2013 to 2017.

Of all 32 companies contained in the Rudd Report, Hershey, PepsiCo, and Domino’s allocated the highest proportions of their advertising budget to Black-targeted TV, and Mars, Nestle, and Post Cereals allocated the highest proportions to Spanish-language TV. While candy, sugary drinks, and snacks represent 28% of all food advertising spending, these three categories contributed to 39% and 33% of Black-targeted and Spanish-language food advertising spending, respectively. The report found that brands in the healthiest categories (juice, water, nuts, and fruit) are less likely to advertise on Black-targeted TV compared to total TV advertising, and they did not advertise on Spanish-language TV at all. Targeting can be spotted in common advertisements for healthy options versus non-nutritious foods. Examples include celebrities like Jamie Lee Curtis and Jennifer Aniston starring in ads hawking health foods, while Lebron James and Travis Scott appear in ads for soft drinks and fast food.

The grave effects of targeted advertising for non-nutritious foods have been clearly revealed since the start of the COVID-19 pandemic. Severity of COVID-19 is associated with obesity, which manifests as a chronic systemic inflammation that might predispose a person to the “cytokine storm” seen in severe COVID-19 cases. Black and Hispanic populations have both the greatest rates of obesity as well as the highest hospitalization rates for COVID-19. Furthermore, obesity is often an indicator of several underlying socioeconomic factors associated with worse COVID-19 outcomes.

Unfortunately, the pandemic has served as an opportunity for advertisers. Promotions to leverage the pandemic have been widespread, reflecting the ability of corporations to thrive in times of crisis. Evocations of unity and patriotism are central themes in several ads, with companies often offering free unhealthy products to frontline workers. For those spending more time at home, several snack manufactures have recognized the increase in grazing and continuous eating. Additionally, several companies have taken advantage of an increase in time that consumers spend on digital devices, especially young people. Reports of advertisements on popular educational platforms (including this one detailing an ad for sugary cereals appearing next to an article on good brushing habits) reveal a new way that advertisers are reaching young people. Black and Hispanic students are more likely than white students to live in a “remote-only” school district. Although data on advertising expenses during the pandemic is largely still being analyzed, it’s almost certain that targeted advertising to vulnerable groups has also evolved during the COVID-19 pandemic.

Clearly, disparities in advertising exist that can ultimately lead to vulnerable groups getting sick. At this time in our history when health is emphasized more than ever before, let’s take the opportunity to understand our social responsibility to reduce the targeting of minority groups for advertising non-nutritious food. Current corporate health initiatives and policies on regulation of advertising to children are a start, but an expansion of these efforts is desperately needed. In addition, more people can become knowledgeable about the components of a healthy diet through the creation of health education tools and by partnering with community organizations and leaders. There’s still much to learn about the factors that contribute to obesity and diet-related diseases, and catalyzing a conversation is the first step in keeping our communities happy and healthy.