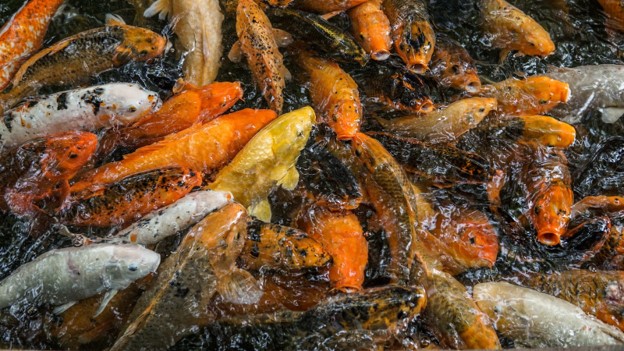 In the late 1970s, Danish investigators reported a rather unusual, but striking observation. They found that the death rate from heart disease among native Inuits in Greenland was significantly lower than age- and sex-matched Danes. They suggested that the high level of omega-3 polyunsaturated fatty acids (n-3 PUFAs) in the sea-based Inuit diet may be driving this protective effect. Soon, similar trends were also reported in other major fish-eating populations across the world, such as the Japanese. Since then, more than 4500 studies have assessed the health effects of n-3 PUFAs.

The inconclusive and contradictory  outcomes in clinical trials may be attributed to a variety of factors. These include, but are not limited to:  short intervention durations; low dose, methodological limitations that confound the interpretation of results, and a general neglect for genetic polymorphisms in key components of n-3 PUFA metabolism. Additionally, the synergistic or antagonistic effects along with a general lack of discrimination between the two biologically active n-3 PUFAs being supplemented – eicosapentaenoic acid (EPA) and docosahexanoic acid (DHA) add to the dilemma. Furthermore, a greater understanding of underlying molecular mechanisms is essential to explain the apparent lack of translatability from animals to humans.

Scientists finally achieved  a breakthrough when  one study demonstrated that DHA supplementation increased low-density lipoprotein (LDL) cholesterol levels while EPA did not. There was now a rationale for using a formulation of pure EPA without DHA in clinical trials to avoid undesired antagonistic effects. This initiated a number of clinical trials that supplemented various forms of pure EPA in the diet. The  sands shifted considerably in early 2019 with the results from the Reduction of Cardiovascular Events with EPA-Intervention Trial (REDUCE-IT). Treatment with a pure form of EPA in a substantially higher dose than earlier clinical trials was shown to be associated with a significant reduction in cardiovascular disease risk in patients with diabetes and elevated triglyceride levels. This led to a flurry of changes in the clinical practice guidelines and recommendations, including those of the American Diabetes Association,  National Lipid Association and the European Society of Cardiology /European Atherosclerosis Society. Organizations around the world were quick to endorse the use of EPA in their recommendations to reduce cardiovascular disease risk. There are currently several ongoing clinical trials that aim to further elucidate the role of EPA as well as EPA+DHA formulations in disease prevention.

So what is the current recommendation? The prudent advice from scientists is to consume one to two fish or seafood servings per week for disease prevention. Though this would improve n-3 PUFA levels in most individuals, it would likely not be sufficient to reach levels that provide significant benefit for patients already diagnosed with diabetes and heart disease. A higher dose of n-3 PUFAs (approximately 4 grams per day of EPA) may be more effective for cardiovascular disease treatment in individuals with high triglyceride levels. Ongoing research will continue to investigate the cost-effectiveness as well as the safety and efficacy of EPA therapy. Until the nuances are further unraveled, it sure wouldn’t hurt to incorporate more seafood into your diet!

One thought on “Clinical implementation of omega-3 polyunsaturated fatty acids – a fishy tale?”