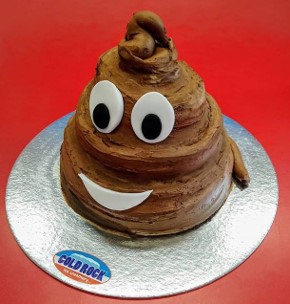 It’s Friday night, the end of yet another long work week. I stop at the store on my way home to pick up food for dinner including a pint of ice cream. I quickly scan the nutrition label to see how many calories I should run off the next day; however, it is not the ridiculous amount of sugar that catches me off guard. Instead, I am stumped by an ingredient I have never heard about – trehalose. What is trehalose and why does it ‘matter’?

Trehalose is a sugar molecule made of two glucose subunits. Trehalose can be found in nature – it is present in organisms ranging from bacteria to fungi, invertebrates, and plants. One of its unique properties is its function as a cryoprotectant that prevents freezing. This property is not 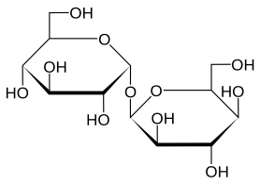 only utilized in nature by different organisms, but also during the manufacturing process of certain foods, highlighting the versatility of trehalose. For example, some insects utilize trehalose to prevent freezing in low temperatures. Trehalose has recently made its way into our diet as an ingredient in frozen foods such as ice cream.

The addition of trehalose to the ingredient list is fairly recent. Costly synthesis prevented widespread use of trehalose until 2000. However, a cost-effective technique of extracting trehalose from starch developed by a Japanese company paved the way for use in the food industry and in 2000, trehalose was recognized as safe by the Food and Drug Administration (FDA).

Let’s take a step back for a moment and introduce the second main player of this story – Clostridium difficile. C. difficile is a bacterium that causes intestinal disease in humans, ranging from mild diarrhea to potentially fatal colitis. The association of C. difficile with intestinal disease was first described in 1978. However, we are interested in the troubling appearance of C. difficile strains associated with increased mortality and morbidity in the 2000’s. While there are many hypotheses as to why these more serious infections are now common, a study titled “Dietary trehalose enhances virulence of epidemic Clostridium difficile” led by Dr. Collins from the Baylor College of Medicine provides some compelling evidence.

Dr. Collins and his colleagues found that the current epidemic (also called hypervirulent) strains survive better than their ‘historic’ less serious counterparts when tested in mice. Interestingly, when the researchers examined sugar utilization by these different strains, they found that only the hypervirulent strains increased their growth in a test tube in the presence of one specific sugar – trehalose.

In short, the study found that hypervirulent strains of C. difficile better utilize trehalose compared to historic strains because of a spontaneous mutation in a gene called treR as well as the presence of another gene called ptsT. When mice were infected with an epidemic strain of C. difficile, those receiving trehalose in food and water exhibited more severe disease and increased mortality rates compared to mice not exposed to trehalose. However, the increase in disease severity was not associated with an increased number of bacteria. Rather it was caused by a higher abundance of toxins, the main drivers of C. difficile disease.

The data seem fairly convincing that the introduction of trehalose to foods in 2000 could be a contributing factor to occurence of more severe C. difficile disease. Collins and colleagues showed that trehalose ‘survives’ transit through the small intestine and trehalose levels in intestinal contents of donors on a normal diet are high enough to be used by epidemic C. difficile strains.

C. difficile could metabolize trehalose before the outbreaks of serious disease started in the 2000’s. The component of the equation that changed is what we put into our body, in this case trehalose. It is strange to think that such a small molecule can have such a large impact. It is unlikely many of us will stop eating ice cream due to fears of diarrhea (unless you are lactose intolerant of course). However, it is a good reminder that even ingredients approved as safe by the FDA may have effects, adverse or beneficial, that are unknown at the time of approval.