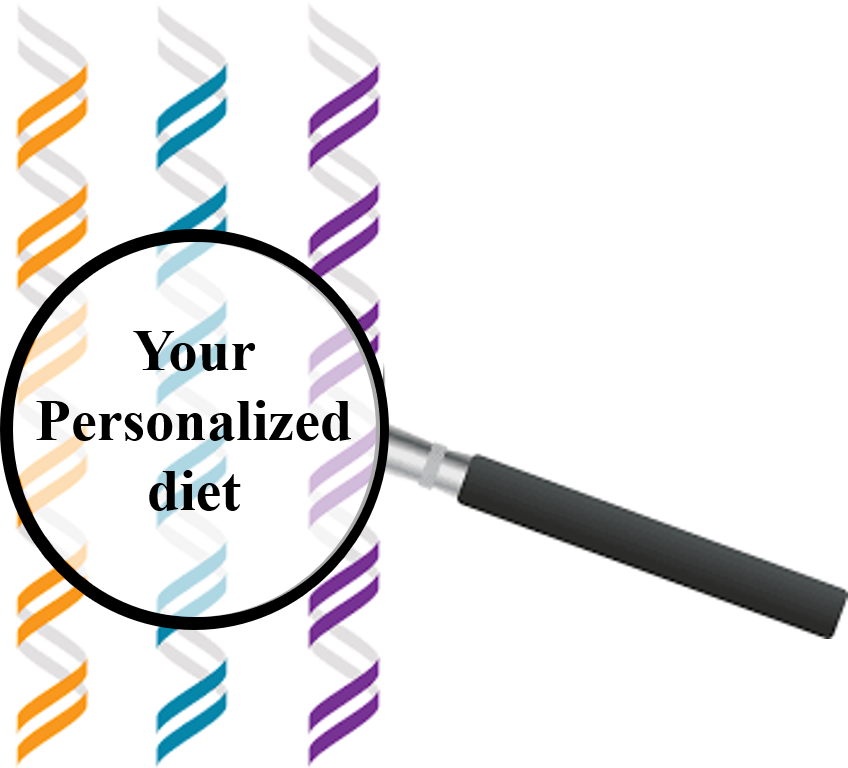 Emily started gaining weight when she was in her 30’s, after having two kids and dealing with a stressful job. Her weight gain led to increased blood pressure and higher cholesterol levels. When she visited her doctor, the doctor advised that she change her diet to help her lose weight and improve her cardiovascular health. Emily knew following a diet was difficult, and it took a few false starts for her to follow one consistently. She found a diet that multiple people said had worked for them, but she wasn’t successful at improving her health. Frustrated, she talked to her friends, who each suggested a different diet for her to try. Unfortunately, none of the suggested diets helped her to lose weight or feel better. One day, she read about a new dietary pattern in a science magazine. After following this diet, she lost 30 pounds in a year and improved her cardiovascular health. She then maintained her weight for the rest of her life with the help of the dietary pattern.

The nutrition crisis and precision nutrition

Emily isn’t a real person, but she is like the 36% of Americans who reported following a specific eating pattern or diet in 2017. People follow diets for any number of reasons, including improving their cardiovascular health, losing weight, or increasing their energy. However, although 49% of American adults surveyed from 2013-2016 tried to lose weight during the previous year, 33-66% of people who follow diets will gain back more weight than they lost  within five years of trying to diet. Similarly, despite 20% of Americans following a diet to improve their cardiovascular health, heart disease is the leading cause of death in the United States.

Scientists have suggested many reasons why Americans have such difficulty maintaining a healthy diet, including an overabundance of unhealthy food, a low accessibility to healthy food, a lack of support from family and friends, and low financial stability. However, difficulty in sticking with a diet is not the only explanation for why many people cannot achieve their optimal health.

In the past, nutritionists and scientists have recommended similar diets for everyone, leading to current nutrition guidelines. However, recent studies (also see here) have found that there is a lot of variation in how people respond to the same food. This has led to the study of personalized nutrition (also known as precision nutrition), which is the use of individual characteristics (such as genetics, gender, past medical history, age, activity level, and many other factors) to recommend a specific diet that may lead to ideal health for the individual.

New research and what it found

A new study published in the journal Genetics looks at how genetics interacts with diet to alter metabolic health (ex. body fat, cholesterol, insulin, and other markers of health and disease). Ultimately, this study finds that even diets that are considered healthy can lead to neutral or adverse outcomes when combined with certain genetic profiles. This study is unique because it looks at how an entire genetic profile interacts with various diets, rather than looking at how specific genes interact with a diet.

What this study did 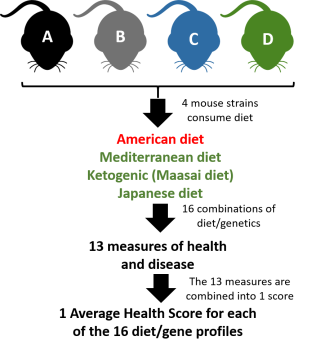 populations). The researchers then fed the mice for 6 months with one of four diets- an “unhealthy” diet (the American diet) or one of three “healthy” diets (Mediterranean, ketogenic (Maasai), or Japanese). The researchers formulated these diets so that they were as close to the equivalent human diets as possible (they even included red wine extract in the Mediterranean diet and green tea extract in the Japanese diet!). They then compared the health of the mice to one another by looking at measurements such as body fat, cholesterol, fatty liver, insulin levels, and inflammation. These measures are established risk factors for chronic diseases, such as obesity, heart disease, and diabetes. The researchers put these measurements together to make one “Average Health Score” for all the mouse strains on each of the diets.

The American diet was the least healthy diet for all the mouse strains. However, one of the strains (the B strain) was more susceptible than other strains, and gained more weight, had worse cholesterol, and a fattier liver than the other mice on the same diet. This suggests that the mouse’s genetics make it particularly susceptible to poor health when it eats a typical American diet. On the other hand, another mouse strain (the A strain) remained relatively healthy on the American diet, which suggests that the mouse’s genetics can partially compensate for an unhealthy diet. This may be similar to how some people seem to remain thin and healthy no matter what they eat.

When compared to the American diet, the mice who consumed healthy diets tended to be healthier, as you might expect. What was surprising, however, was that not all the mice were as healthy on all the diets. For example, one mouse strain (the D strain) had poor glucose metabolism (similar to humans developing diabetes) while consuming a ketogenic diet. Another mouse strain (the A strain) was no healthier on the Japanese diet than it was on the American diet, which might be counterintuitive given how often the Japanese diet is considered a gold standard of healthy eating. In short, no single diet was healthy for all the mouse strains, and certain diets led to better health for each of the mouse strains.

What this means for humans

You might be ready to run out and have your DNA tested to find out what diet you should eat, but the science isn’t quite there yet. Although some companies promise to sequence your DNA and tell you what to eat, too many factors affect health and disease (besides known genetic factors) for scientists to be able to tell everyone what to eat yet. A recent randomized controlled trial found that there was no connection between a low- or high-fat diet and certain genetic variants; this study emphasizes how much more work remains to be done before scientists can recommend individualized diets.

The mouse study just published in Genetics (discussed above) adds information to the search for personalized diets by showing a proof of concept- that genetics influences how each mouse (or person!) will respond to a given diet. This study opens the way for further studies to look at how nutrition and genetics interact, with the ultimate goal of improving how individuals eat so that they are as healthy as possible.

You can also view a summary of the study here.